My name is J.F. Godoy and I am a songwriter, producer and educator. I received academic education on Computer Science and English Philology (Universidad de Granada), plus classical training in Musical Notation & Classical Guitar (Escuela Experimental de Música) and I have joined several full courses & workshops on Songwriting and Audio Production (Berklee College of Music, Fundación Autor, UGR…). 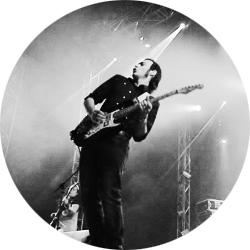 My musical roots are those under the classy European mod scene from the late 90’s, when I was a proud member of the power-mod band Art School *. In 2002, after starting a new way into creative research and joining the acid-jazz quartet Spick’n’Span, I made up Shift *, an exciting experiment which linked classic rock and pop with electronic music, loops, synths & new tech. It completely changed my conception of “Music Creation” and this was the previous step to my definitive music identity: Harry Up!.

In 2007, Advance came to life, and brought several national awards in Spain. In 2011, the electro-rock album “Synergia” was put out by Astro/PopUp Records. In 2013, the e.funk EP “InBLACK” was released by Guassa Groove Productions. At Christmas 2014, while in the UK, I released an online EP called “Miscelanea“, which contained three folk-rock songs. In 2015 se publicó en los EEUU υτοπία was released (only in the USA) to support 5 gigs in NYC. In the recording, we had special guests such Antonio Arias, Carlos Nievas, Alfonso Alcalá, JJ Machuca, Migueline de la Movida o Penny LaMala.

In 2017 AURA was released, An EP which has been completely produced at my studio with the help of some of the greatest artists in my area:  Carlos Nievas (batería GMS), Miguelo M. Gamero (Bajo), Ana MOJO (coros) y Daniel F. Ruano (sintes).

You can listen&download clicking on this player:

In the meantime, you are invited to listen to all my music here and you can watch some vids here

Or e.mail me to music@harryup.com 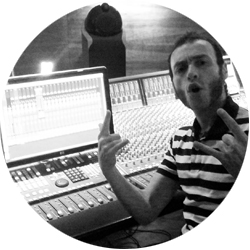 As a producer – although we all started playing with our 4 tracks Fostex machines – I properly got in the studio to produce the albums by Art School in the late 90′s assisting Pepe Moreno (estudiosPM), producer of the band at that time, and I enrolled the art of producing attending workshops and seminars as I was creating all of my repertoire. Since then, I have worked in several studios and I have produced tons of bands and artists, as well as my own work.

I have also written original music and I have worked as sound engineer for several independent movies, shorts, clips and spots, through companies such as Latitud Media Producciones (who chose my music for several videos for Sierra Nevada ski station) and Taller Independiente de Cine (as I have been an active member of their Post-Pro department for a few years – I even participated as an actor in some of their films…- trailer Eva en la Nube).

You can listen to some demos, check servs & rates here

Or e.mail me to studio@harryup.com 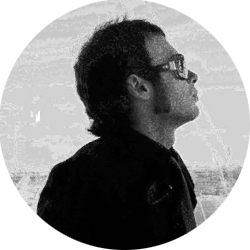 I also run a blog (ProduceAudio.net)  where i share some tips and tricks about Home Music Creation & Production.

If you are interested in learning how to create and produce your own music at home and with an affordable setup (and can understand Spanish), dont hesitate to drop an eye on the blog.

Or e.mail me to blog@produceaudio.net